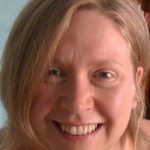 I couldn’t attend the Education & Training Foundation’s Leadership Summit, so it’s been a fascinating experience catching up online – not least because the positioning of the cameras meant I could see a chunk of the audience’s body language as well as that of the speaker.

Richard Wilson avoided the post-lunch ‘graveyard slot’ by getting the lunchtime gig. I suspect that his call to arms caused more than one participant to experience a little indigestion.

“Our historical way of leading just doesn’t work any more.”

That’s an attention-capturing statement, and one of the irresistible things about Wilson is how convincingly he gets his message across. He is genuinely not disrespecting current leaders in education, who are doing their best within an outdated model of leadership. He’s cheerfully open about his own ‘heroic’ limitations as an environmental campaigner (and has similar feelings about Russell Brand).  Wilson’s message is that there are other potential leaders in education – many of them hidden.  And that a place out of the spotlight just might make them the most effective leaders of all.

Wilson explores the nature of complexity –  uncertain, unpredictable, thinking in (more than fifty) shades of grey. His compelling argument is that if the world is complex why do we persist in applying simple heroic logic to it?  Heroic logic is great at unpicking complicated technical problems; great at campaigning and systems and logical steps.  But it’s not flexible or patient; it loves binaries and abhors paradox.  It is impotent in the face of the complex challenges we now face in education, challenges requiring new thinking, new beliefs and new behaviours in a diverse world.

Diversity (in all its forms) is central to the anti-hero’s mission.  Wilson talks about ‘The Filter Bubble’, a concept identified by Eli Pariser (the founder of positive news site Upworthy). What’s happening in the digital age is that our online existence is scaffolded and enclosed by people who think just like us, who maybe look or act just like us. We are ‘narrowcasting’, rather than ‘broadcasting’, via social media and our personal learning networks, continually reinforcing our views to keep seeing things the way we always did.  Diversity – of perspective, opinion, history, of whatever – brings humanity. Wilson tells the story of Nicki Nichols Gamble, who responded to the shooting of two receptionists at the abortion clinics she ran with an invitation to anti-abortionists to sit down and talk. This ‘Public Conversation Project’ ran for six years, at the end of which time no-one was less certain of their opinion, but the tone of the conversation was radically transformed.  There was mutual appreciation. There were no more shootings.

If you do one thing after watching this talk, strengthen your resolve to listen (on Twitter, or wherever) to people who  don’t think like you.

Wilson is careful to avoid any suspicion of an anti-heroic approach to leadership being ‘warm and fuzzy’, or lacking focus. The exercise he asks participants to put their lunch down for is a powerful way of demonstrating what he refers to as ‘expanded awareness’, watch it in action or, even better, try it. Focus on an object, mentally describing its features, whilst becoming simultaneously aware of what’s on the periphery of your vision. As a metaphor for diversity, it’s a worthwhile activity. Although he plays it down here, there is a connection in Wilson’s writing about – broadly – spirituality, which is exemplified in this mindfulness practice.

I was most heartened of all to hear Wilson say that the way to create much-needed new anti-heroes is via transformational education.  Information is different in the information age and,as Eddie Playfair wrote elsewhere recently, clinging to old dichotomies of knowledge vs process is completely worthless

Our brains are never going to compete with what Wilson refers to as “the awesome power of the internet” so why try?  Put that energy instead into ongoing inquiry about why we do what we do becoming mindful of our habitual actions and interrogating them.  He exhorts us to put ourselves out of the comfort zone on a minute-by-minute basis.

Wilson is right. We can’t expect change to come from our current leaders. Under the media spotlight can they be nuanced and empathetic? The media is brutal. My son went to watch Ed Miliband recently, at a student rally. The question was posed, ‘Why do you collude with antagonistic debate?’ The answer: “I have to. I’d get cut to pieces etc.” As did Natalie Bennett, recently. But most of us with anti-hero potential are not under the spotlight.

And I’ll put my hand up – I’m an anti-hero. In Wilson’s work I can see a reflection of myself, and many of my past mistakes. For those of us who believe passionately in the power of further education to transform society – and anyone who has read (or heard) Professor Ewart Keep’s blistering crystal ball gazing for the AoC – there’s a life-or-death imperative. There is no time to waste, so come forward, anti-heroes.  Let’s find each other and figure out what to do.