From Jobseeker’s Allowance to the House of Lords: How the Job-market Fails to Recognise Talent.

Home » Blog » From Jobseeker’s Allowance to the House of Lords: How the Job-market Fails to Recognise Talent. 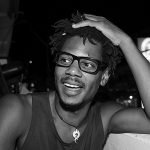 Early on in 2014 I made the decision to claim jobseeker’s allowance – well I say made the decision but the reality was that it was the only decision left to me after months of indifference and false representation by various employment agencies. Each fortnight was a sound lesson in humility as I stoically faced the stigma of being handed out “free” cash so that I could go and spend it on booze, drugs and the latest PlayStation 4 game. This of course is not true, but what the mainstream media would have you believe. It was the first time in 8, perhaps 9, years I was out seeking work and I was completely caught off guard by the amount of change that’d occurred during my absence.

As I struggled to find employment two things became apparent: 1) Having just come off the back of an 18-month expedition across Southeast Asia and Australia, I was being punished for having such a lengthy gap in my CV 2) Most employers now demanded a degree educated entrant for entry level positions. The former punishes those wishing to expand their knowledge of the world they inhabit, whilst the latter sets a rather elitist tone.

My gamut of emotions ran from anger to despair to desperation; money was everywhere and yet I couldn’t produce a penny of it despite making my CV as attractive as possible by enrolling on a business and frontline management course whilst in Australia, as well as several on-line courses.

Upon my return to the UK, I undertook a course in News & Features Journalism at the London School of Journalism where I received an A grade. Ok then, I thought, this will all stand me in good stead, and like an X-Factor hopeful I approached the job-market with boundless positivity. Within 3-months punishment for my lengthy excursion combined with the apathy from the gatekeeper employment agencies, had soundly annihilated all such doe-eyed optimism. Considerations of becoming a male escort ran rampant in my mind. I viewed on-line photos of my potential competition, the bar was thankfully low; I could make a killing. Fortunately for my dignity and my girlfriend I don’t hold money in too high esteem (perhaps to my detriment) and stayed all notions of turning on the red light.

And so it was with all this in mind as I stood in the function room nestled somewhere in the House of Lords, I wondered what real impact further education had other than grant you five minutes in the sun and a scroll with your name on pronouncing your mental faculty in a particular subject.

I listened to the host, Baroness Wall, speak rather passionately about the students (or learners as they’re colloquially referred to in the sector), inviting those who didn’t share the same passion to quit their job. She was shortly followed by Nick Boles, Minister for Skills and Equality and, by his own admission, a recent newcomer to the education sector, who described the fluidity of being a politician as “One minute you’re the minister for Health the next it could be Finance… and boy do you have to hit the ground running.” Despite my reservations about such political hoopla, Boles gave the impression of a man genuinely interested in promoting further education and equality despite the glaring irony that the room was almost devoid of anyone from an ethnic background.

Also in attendance to the night’s event was Baroness Sharp who was a joy and revelation to converse with. A staunch advocate for further education and diversity she surprised me with her opinions of today’s problems, which ranged from the exponential rise of corporate hegemony, to the exploitation of low-skilled workers, to her sister living in Australia. The Baroness somewhat disabused me of a preconception I held of those from peerage as I realised that not all are as removed from society or insouciant to its needs.

And so on to those learners whom the event was held in their honour; I was eager to find out what they thought of their further education experience and whether they held much hope for getting the coveted prize of gainful employment.

I spoke to 21-year old Nathan Sansby from Sheffield who enrolled at the Peter Jones Enterprise Academy back in 2011 and is now the Managing Director of a company with a turnover of £1m. This well-polished, articulate individual from humble beginnings and even humbler A-Level grades, (highest being a C) had nothing but praise for the course, commenting that it was both an accessible and rewarding experience where like-minded individuals – thanks to a rigorous interview process – were thrust together with common interests and desires.

Nathan, in a moment of serendipity, happened to stumble across the Academy, and, deciding that he wanted to do more “otherwise people will see you as nothing more than one more person in a sea of many”, successfully enlisted to the scheme. Within 48-hours of passing the course Nathan was offered a job, and the rest, as they say, is history, albeit in the making. A true success story in its own right, but how do those fair when they take the more traditional academic route?

20-year old Karen Piper from Norfolk is currently undertaking her Level 3 extended diploma in animal management at the Royal Veterinary College where she is studying to be a veterinary nurse. I asked her whether there was much opportunity for students in today’s job-market?

“I know there’s a job for me because there’s a gap in the market for veterinary nurses and I’m lucky because that’s what I want to do, but I have friends and family that have been refused jobs because they don’t have a specific degree. They’re being turned away from work that anyone could do, this is making the world work a lot harder”. She continues, “I’ve [also] got family members who’ve left university and haven’t worked for a year.

This apparent misfiring of demand for university educated employees and the failure to stump up the goods of employment – I also have a friend who, in early 2014, successfully received his PhD, but yet is languishing on the dole – only serves to exacerbate the critical situation of debt faced by academics pre and post education as Karen observes, “Student loans cannot cover their rent or food. So as well as doing a degree they have to work to supplement their income, I work at Nandos! It doesn’t make sense, they want us to go to university to get these degrees to go on to get better jobs, but we cannot afford to do so.”

Ladies and gentlemen, how is this possible? That our new recruit of top minds stagnate in a quagmire of debt, suffer the ignominious tasks of low-paid work, or given the exploitative option of zero hours or internships and can be casually relegated to the queue of the much maligned job seeker’s allowance. Until employers align their expectations and give students of all ages a real shot, the efforts, dedication and hard work of FE workers and learners are somewhat negated, and much is folly.